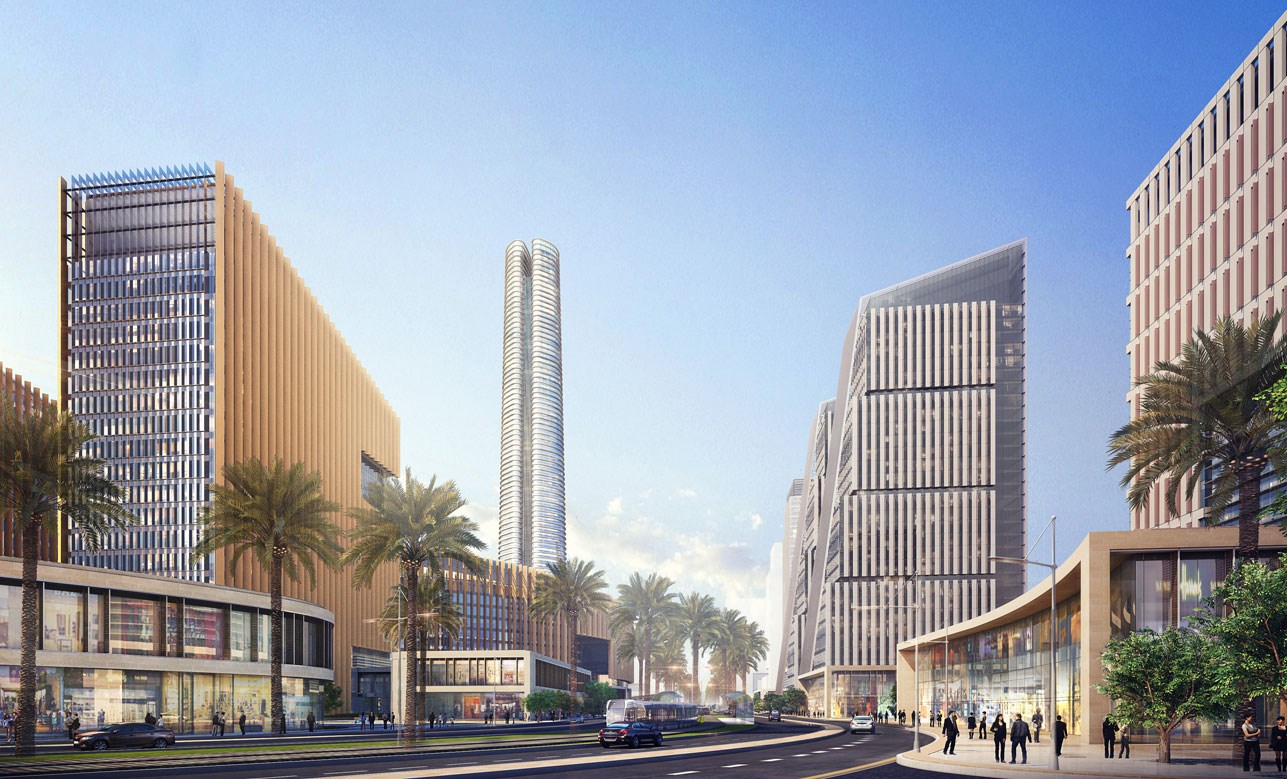 Represented by the Ministry of Housing and the New Urban Communities Authority (NUCA), the Egyptian government is developing a distinguished mixed-use project, one that will deliver high-end components to the Central Business District at the heart of Egypt’s New Administrative Capital. The enterprise began with the Central Business District East – Phase 1, a project that comprises 18 high-rise towers spread over a land area of 520,000 m2 and includes offices, hotels, and residential apartments in addition to other supporting facilities and services.

The project’s crowning glory will be the supertall skyscraper known as the Iconic Tower. Inspired by the Obelisk of Luxor, this elegantly-proportioned structure with its refined details and illuminated crown will convey a sense of strength and stability and will serve as an instant landmark and a focal point for the entire project. The tower will also have regional significance: once complete, it will stand at 385 m, meaning it will reign as Africa’s tallest tower.

The task of constructing this tower was assigned by NUCA to the China State Construction Engineering Company (CSCEC), which will operate under the design and supervision of Dar. Together, Dar and CSCEC have faced several challenges attached to the task of delivering such a monumental project. One of the most significant and critical of these was to cast the foundation of the entire structure, a challenge Dar and its partners met in record‑breaking fashion.

The Iconic Tower’s skeleton is a composite steel structure grounded on a reinforced concrete raft which, in turn, is laid directly on the basalt rock layer. The semi-circular raft has an area of 3,710 m2 and a height of 5 m, creating a volume of approximately 18,500 m3. The weight of the steel reinforcement, on the other hand, is around 4,600 tonnes, meaning the ratio of steel reinforcement to volume is around 250 kg/m3.

Different methodologies for casting this remarkable raft were discussed with the contractor. The advantages and disadvantages of each option were carefully considered, and a consensus was reached on an option that proposed casting the entire raft in one stage, without any construction joints.

Setting the form and completing the reinforcement works for the raft took over two months. During that time, a retaining wall was constructed in lieu of formwork. Tasks during this stage also included the fabrication and fixation of over 4,600 tonnes of steel along with 21,000 shear studs.

Following the preliminary works, Dar and its partners used a detailed methodology to ensure the applicability of casting the raft as one unit. The first step in that process was to construct a 5 x 5 x 5 m mock-up in order to measure the heat of hydration and agree on a method to cool the concrete in case its temperature exceeds allowable limits. Temperature sensors continuously monitored the temperature of the concrete in the mock-up, and a final report with the recommendation was issued, confirming the applicability of the method of casting and curing a raft of this size.

The second step of the process was to prepare a complete casting plan, one that accounts for everything from raw materials, batch plants, transit mixers, pumps, and backups to traffic, safety, and emergency plans.

Finally, as an additional measure, an 8,500 m3 raft was cast for another tower in order to test the overall plan and the adopted measures and collect all lessons learned. In order to achieve maximum efficiency during the casting of concrete, Dar closely supervised the performance of each batch plant according to its pouring rate, the quality of the concrete, and the performance of both labourers and equipment. With this successful trial run under their belt, Dar and its partners were ready to take on the greater challenge of casting the Iconic Tower’s massive raft.

Turning down the heat

In order to mitigate the critical challenge posed by the rise of heat of hydration, the concrete was created by using cement type CEM II and adding silica fume to the mixture. Special admixtures were also added to create flowable concrete and provide an adequate setting time (11 hours) in order to avoid cold joints. The concrete grade of the raft was chosen to be of cube strength 45 MPA.

Agreements were made with the suppliers in order to ensure that all required raw materials were stored prior to the launch of casting operations. Only the cement silos were not able to store the entire quantity of material needed, so a refill was arranged to maintain the concrete production rate.

Seven batch plants with ten production lines and two backup lines were deployed to simultaneously supply the required amount of concrete using their mobile pumps and transit mixers. The following table lists the batch plants, the number of production lines, the volume of concrete required from each plant, and the number of mobile pumps and transit mixers.

In addition to the mobile pumps, there was one stationary pump acting as a backup and five chutes on the sides of the raft in order to increase the rate.

On February 25, 2019 at 9:20 AM, the team began to cast concrete. The photographs depict the actual progress on site.

The following table outlines the records of concrete production for each plant, noting that different batch plants had to navigate distance and trip time in order to deliver the concrete at the right time.

To establish direct, convenient, and efficient communication and enable concerned parties to easily track progress and resolve any difficulties that might arise, a Whatsapp group was created for authorised representatives of the client, contractor, raw materials suppliers, batch plant operators, and Dar. Updates were frequently shared. Confirmations of the cement and admixtures stock piling in each batch plant were made before the commencement of operations. Also, during the pouring process, the actual casting quantities of each batch plant were updated frequently: any shortage of material was communicated through the group for immediate action by the concerned supplier.

The curing process was launched in parallel with the concrete casting operation. Once the concrete had reached the surface, curing with polyethylene sheets began immediately. After completion, a fibre quilt was applied for temperature insulation.

A casting operation for the record books

With an average pouring rate of 485 m3/hour for over 38 hours, the operation set a new record for the fastest rate of a single continuous pour in Africa and the Middle East. Investigations showed that the fastest rate that had been recorded previously was 471 m3/hour on a tower project set in the United Arab Emirates.

The operation took place under intense scrutiny: it was closely observed by the country’s highest authorities and heavily covered by the media. Yet, with proper planning, effective management, and consistent cooperation, Dar and its partners managed to create a success story, one that bodes well for the Iconic Tower and promises more to come. 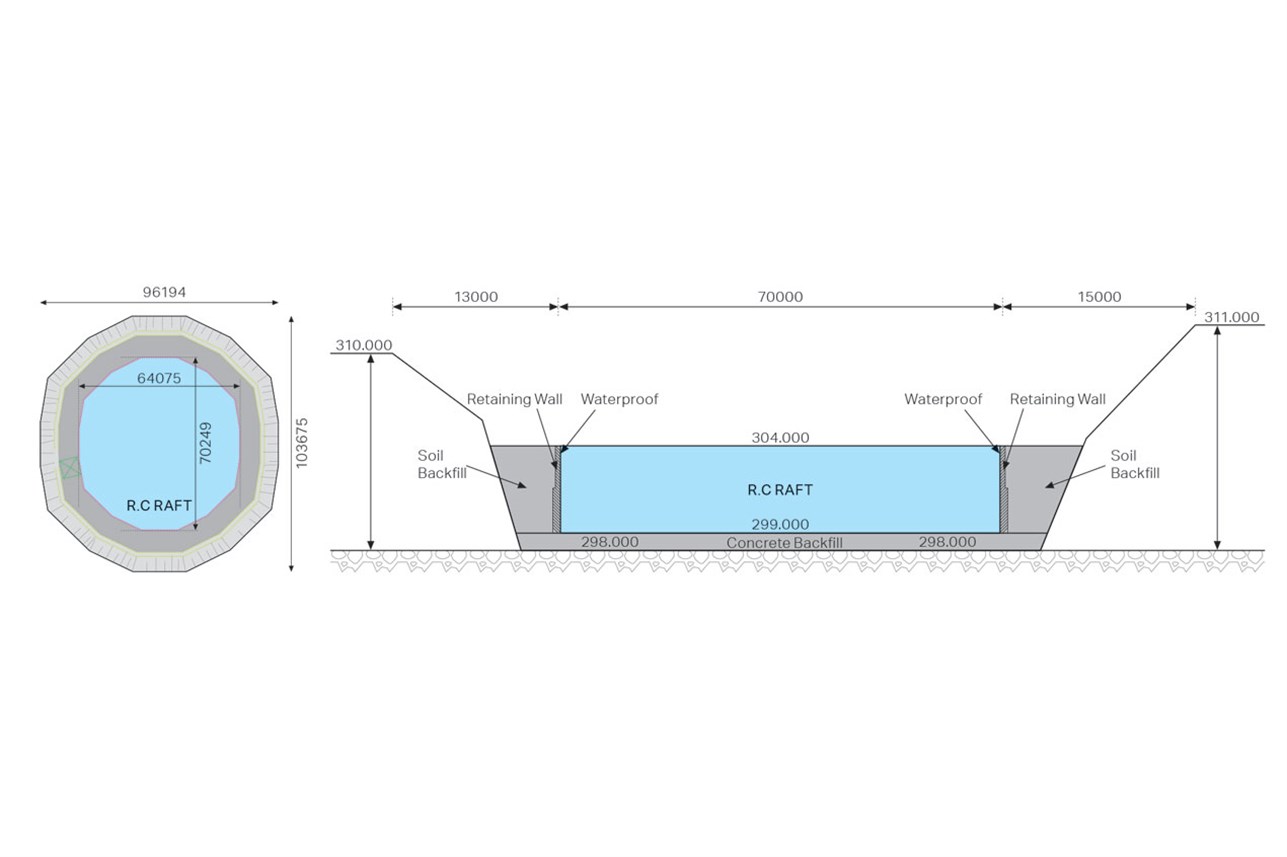 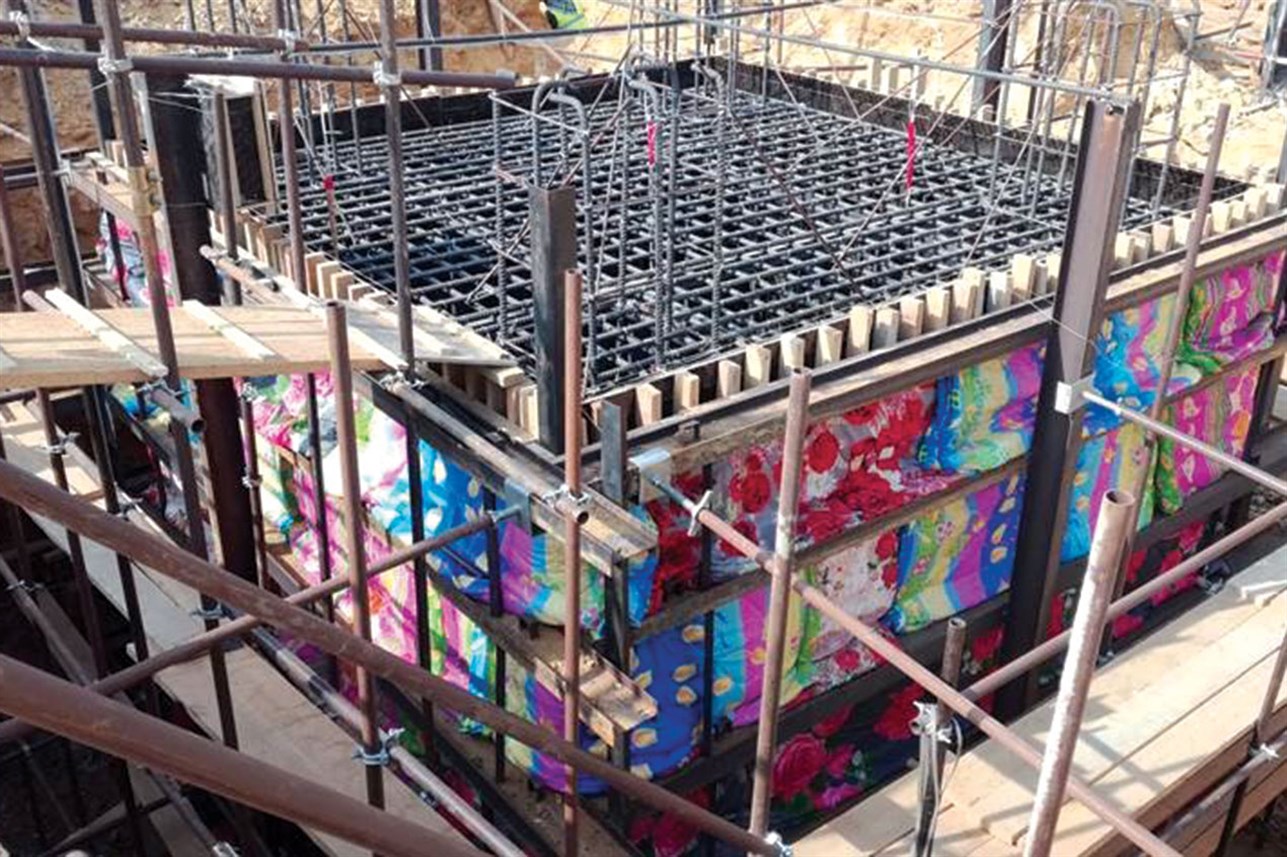 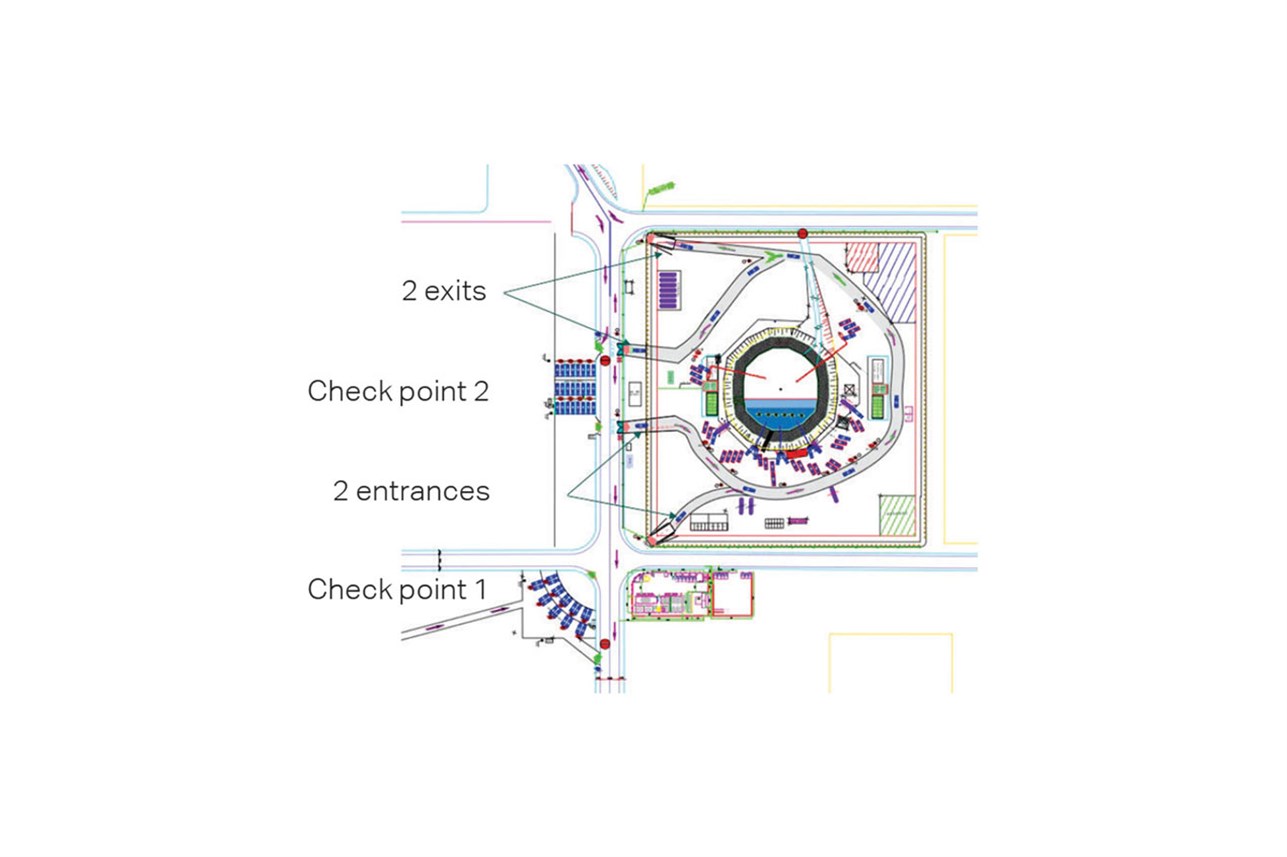 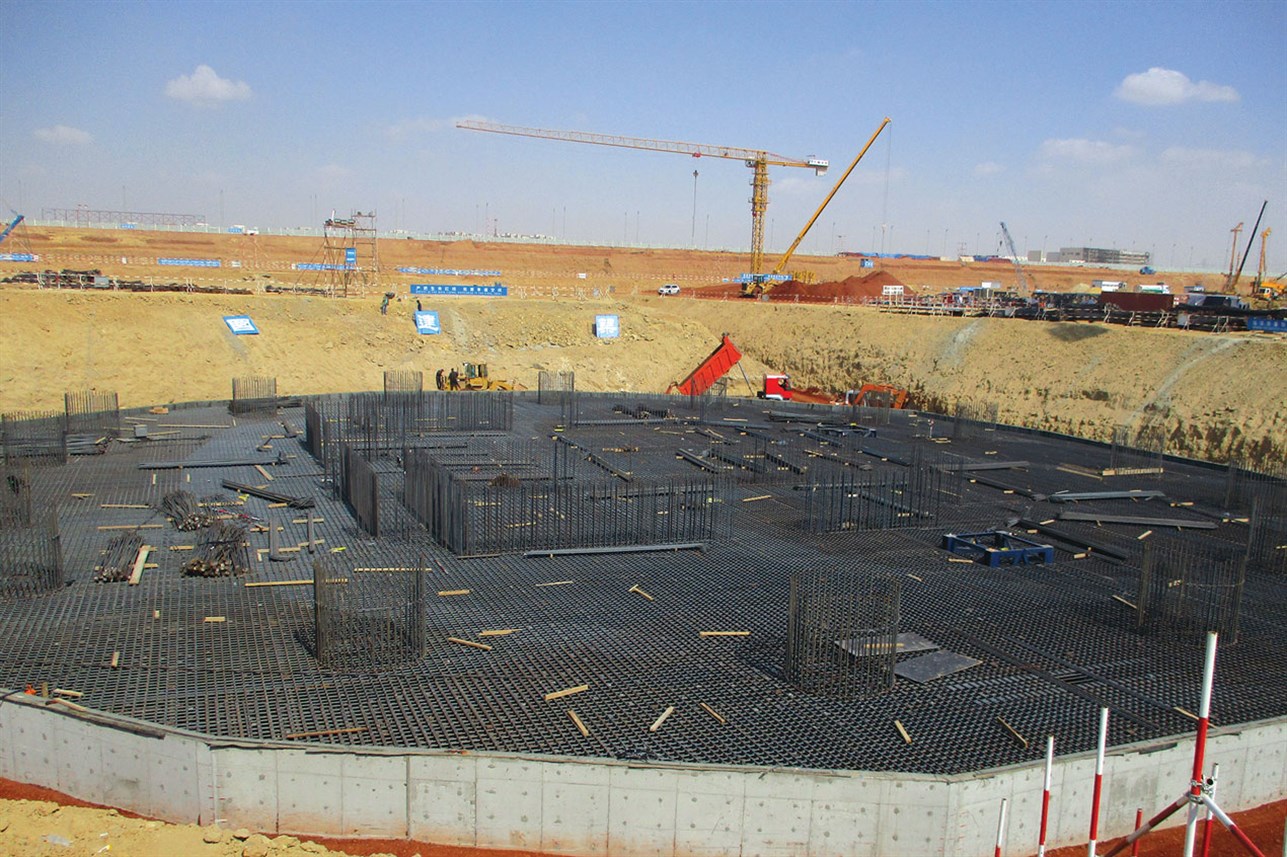 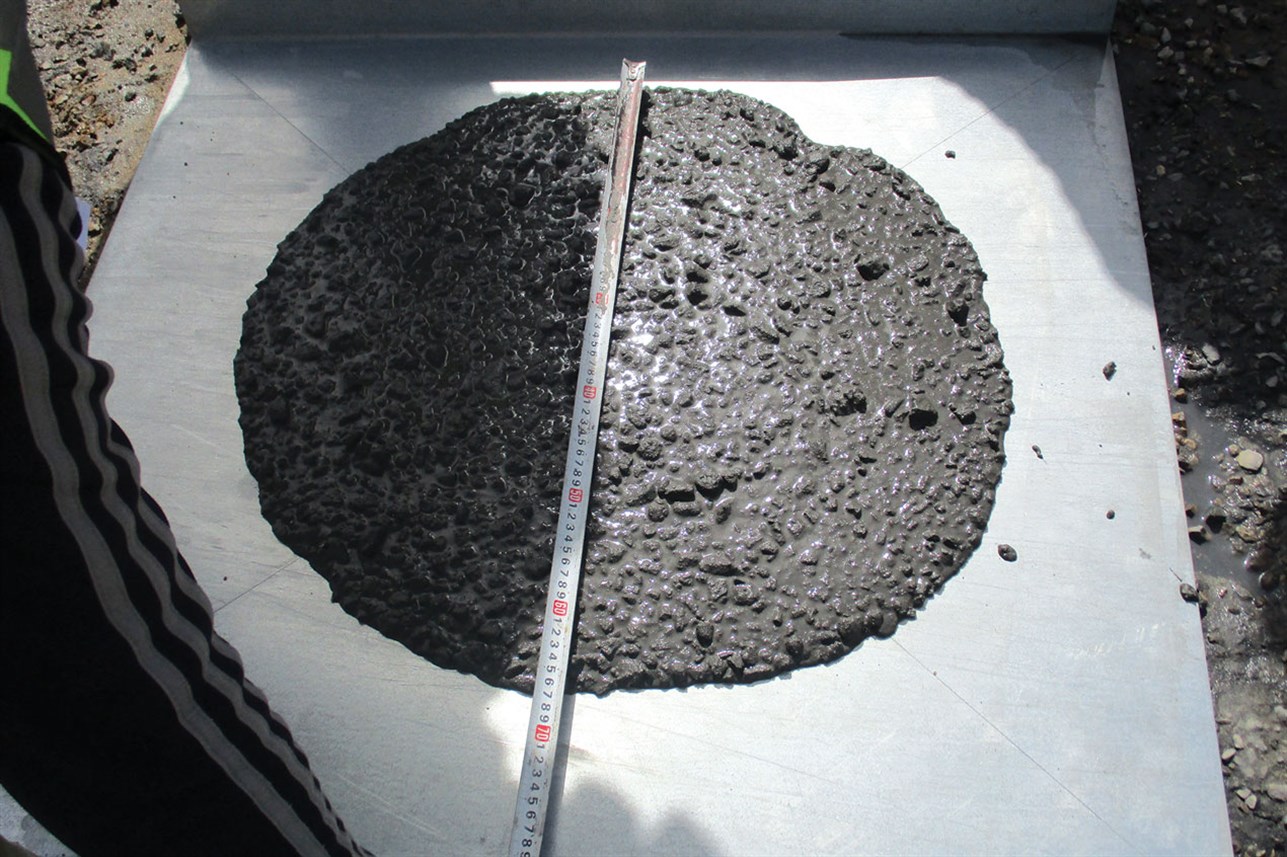 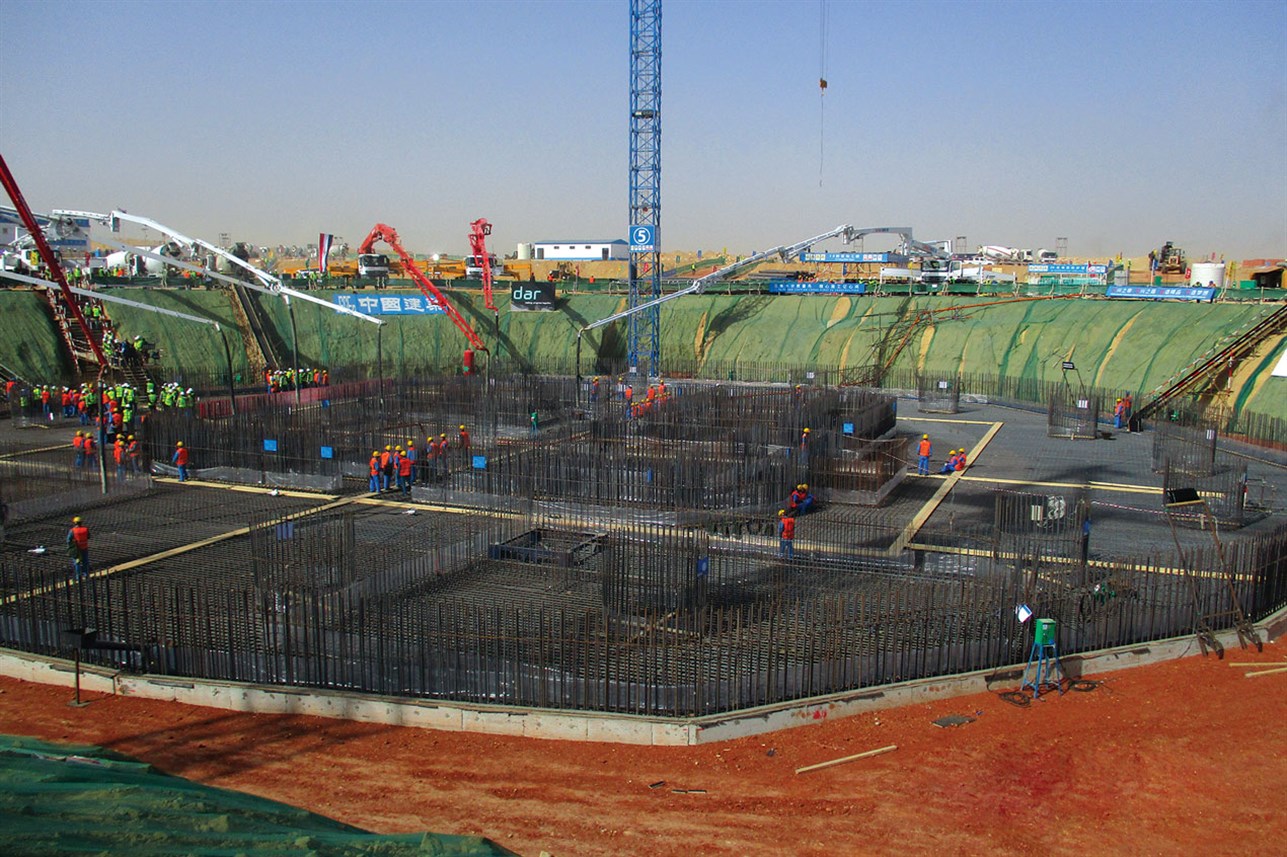 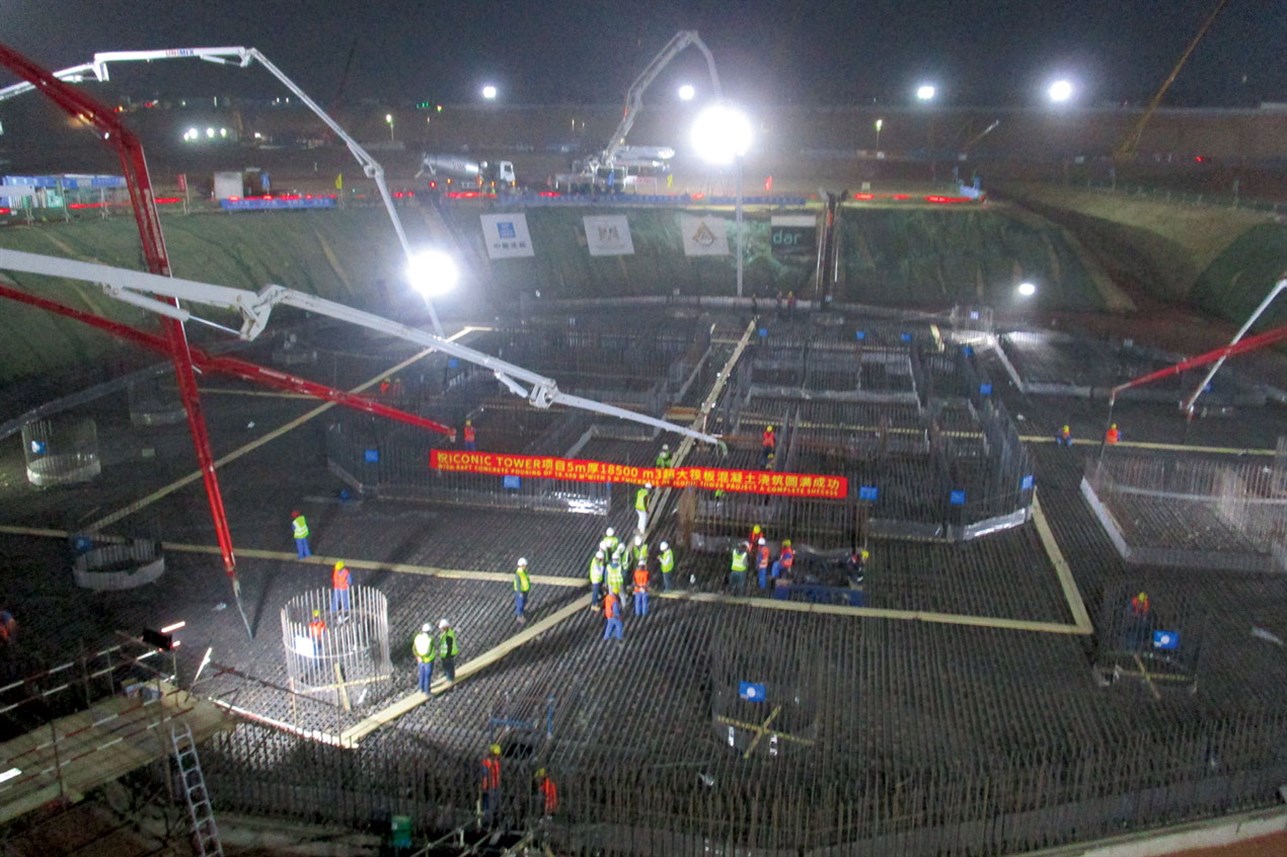 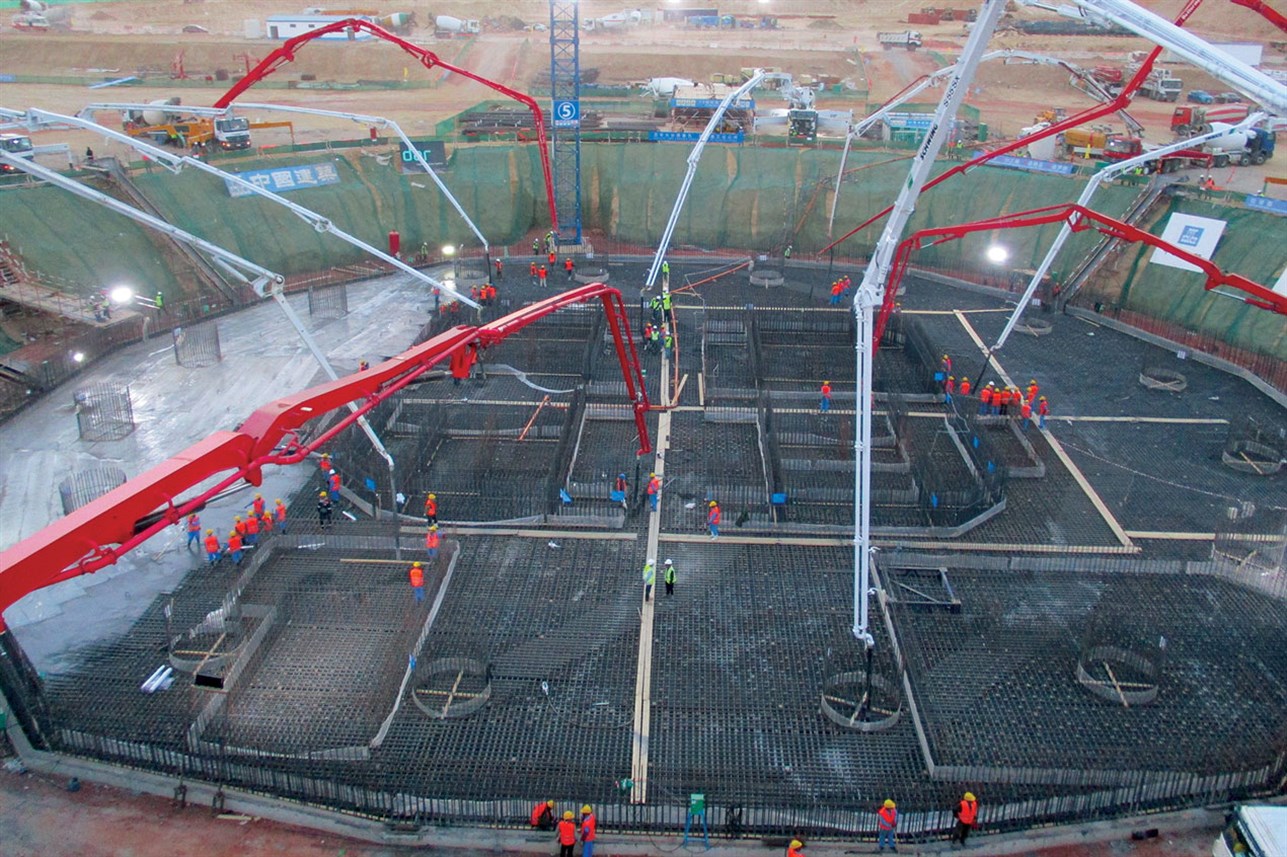 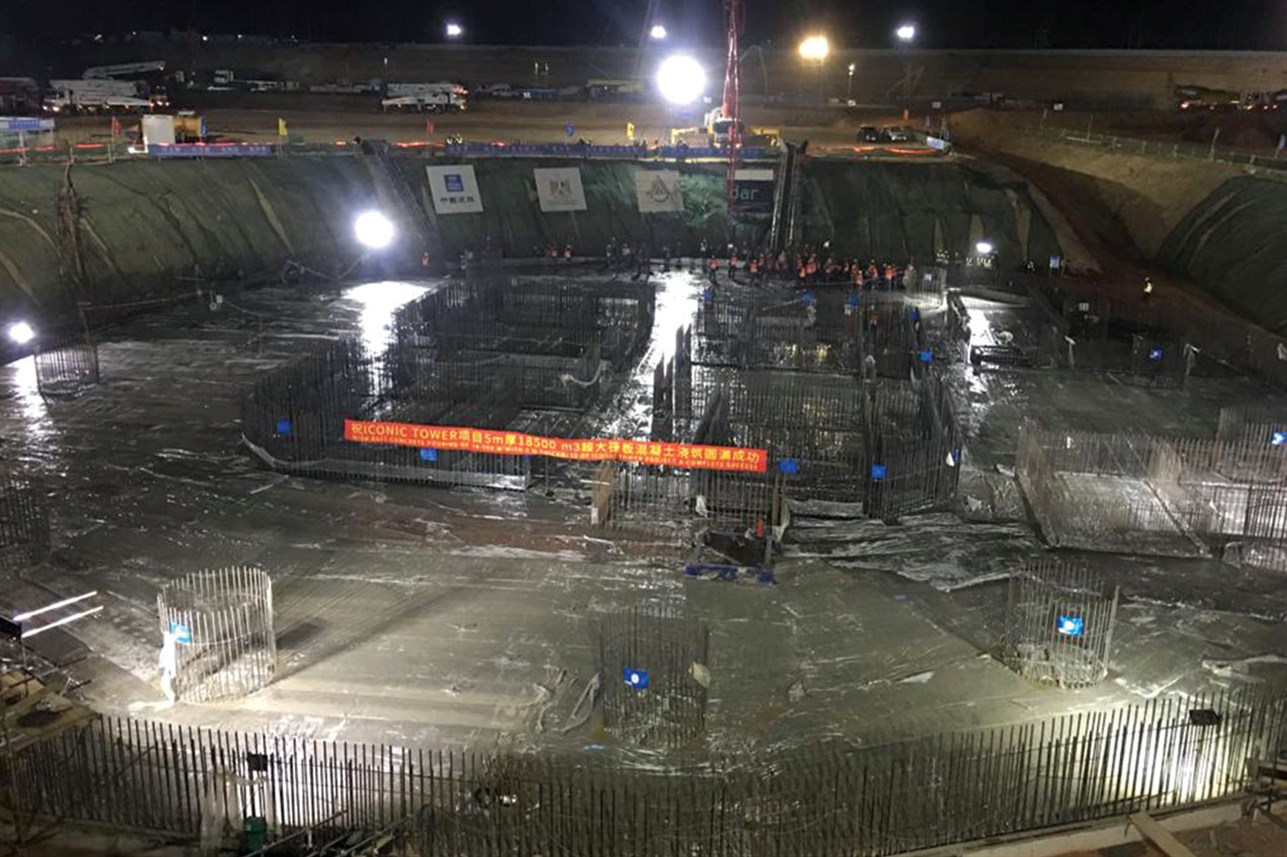 Casting operations were completed by 11:30 PM on February 26. 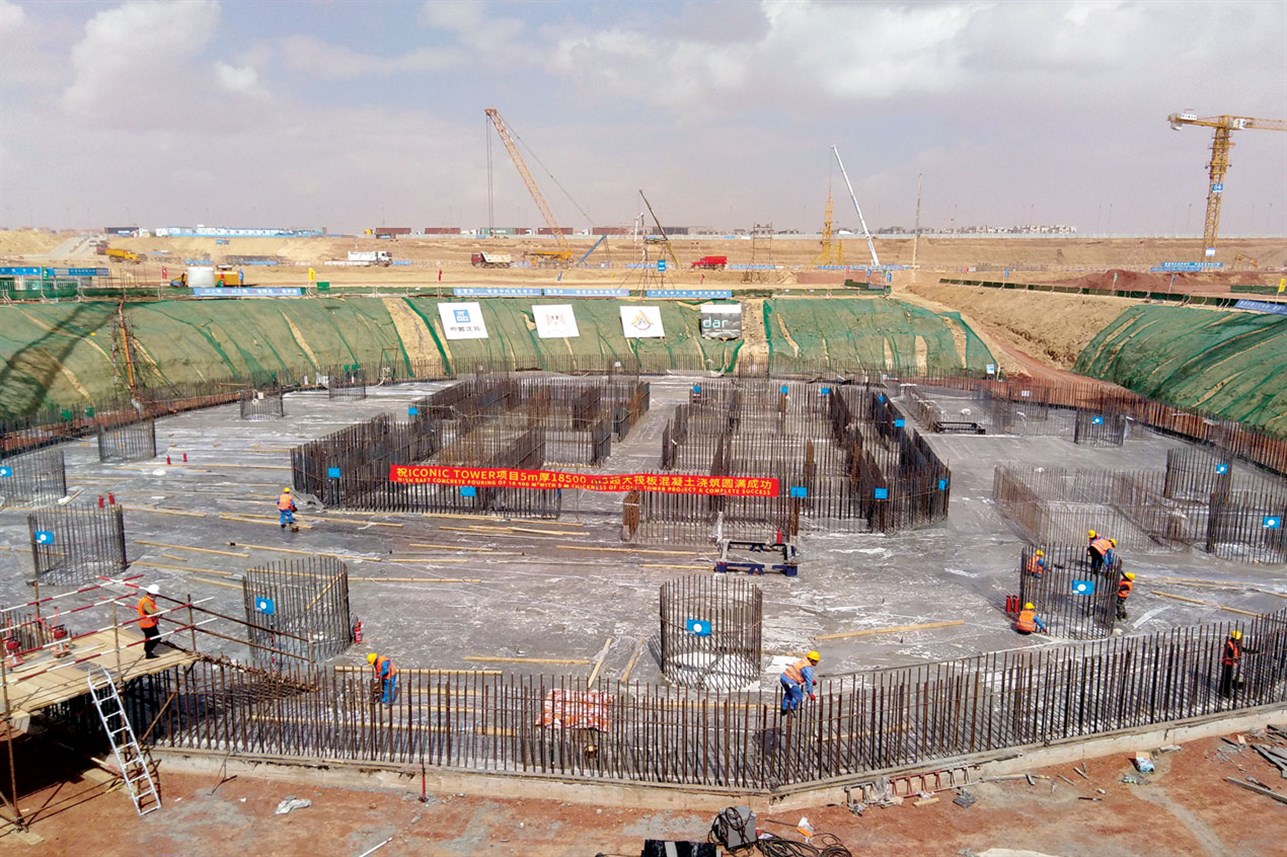 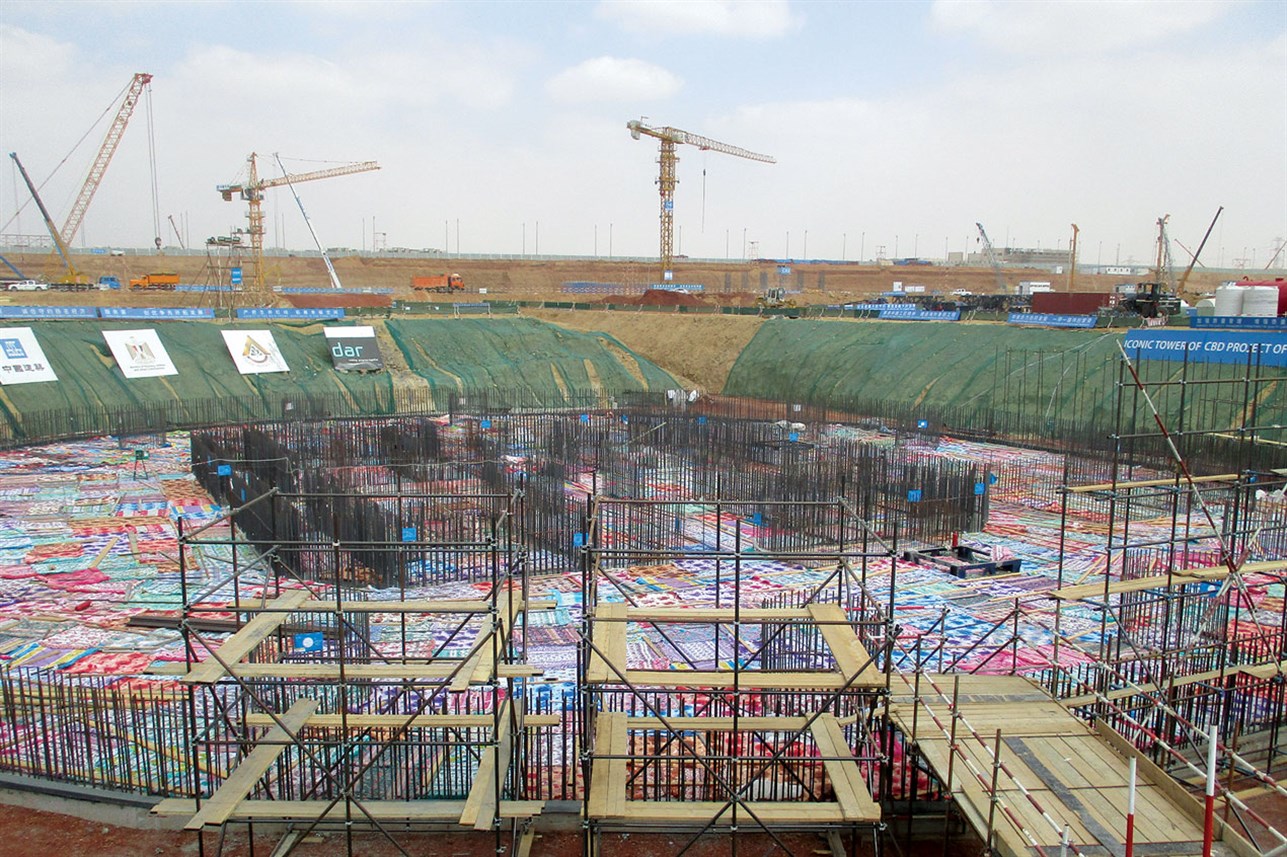 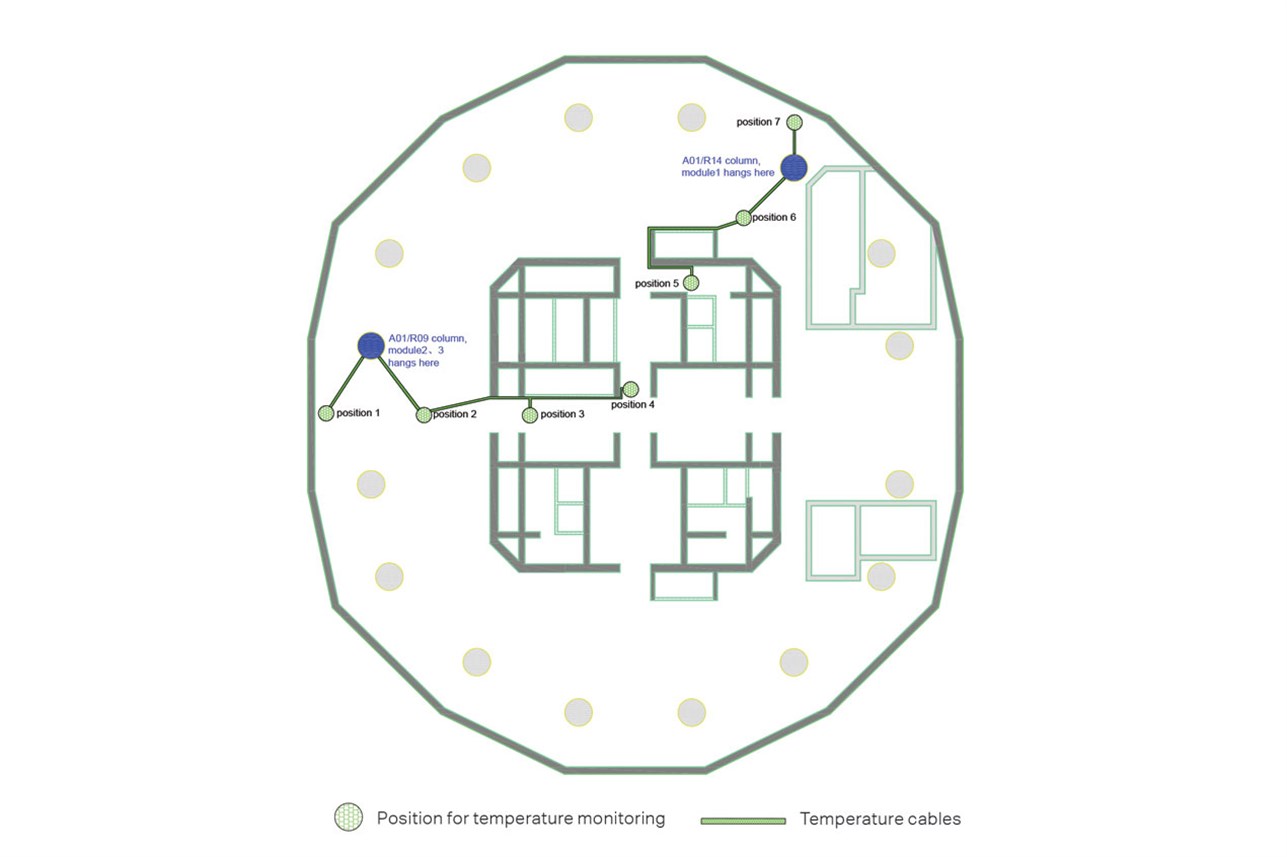 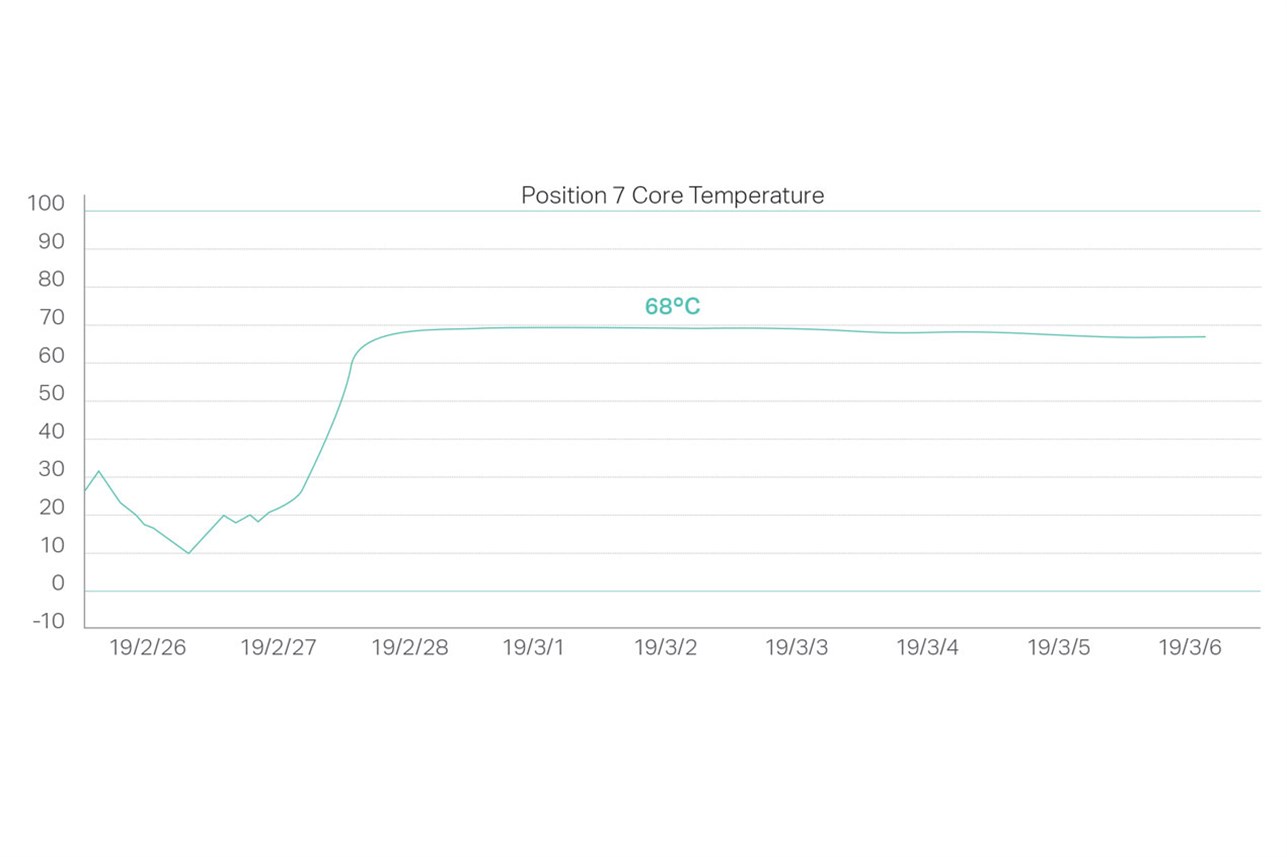