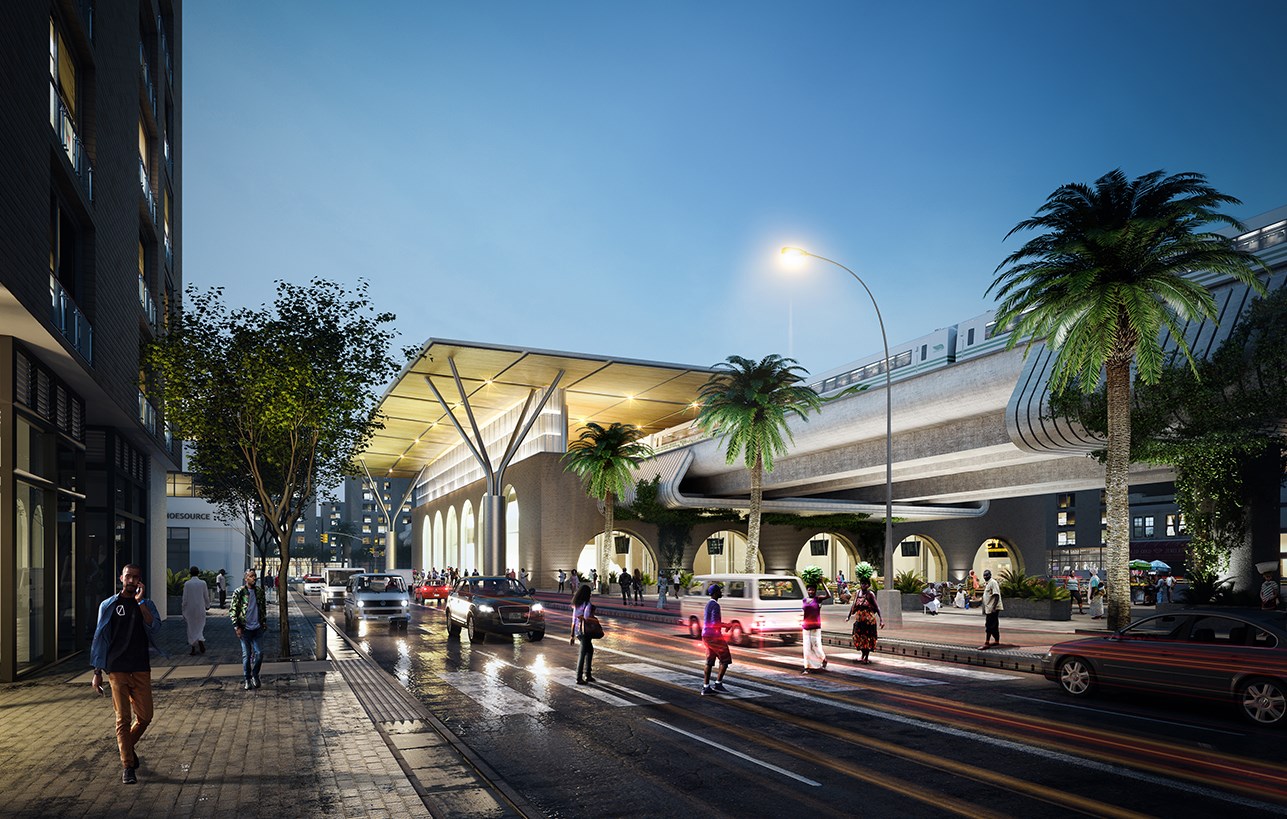 On behalf of our client, Oyo State Government, Dar produced the first city‑wide master plan for Nigeria’s third largest city, Ibadan. But in shaping a spatial development strategy, how do you hear the views of those who live and work there? How can they be truly involved and influence the decision‑making process so that the plan reflects local needs and aspirations? The answer: an integrated stakeholder engagement, strategy‑led development of the master plan from its inception in the summer of 2016 to the project’s completion in mid‑2018. Sureiya Pochee and Yann Leclercq of Dar London reflect on their experience of engaging with local communities in Ibadan, and how this formed the foundation for developing the city-wide strategy for Ibadan.

Why develop a city-wide master plan

Ibadan is a vibrant and bustling city with an estimated population of over 6 million. Only an hour away from Nigeria’s economic capital, Lagos, Ibadan is a major center of trade and exchange. And while the city’s continuing outward spread is an organic one, this growth remains uncontrolled and lacks adequate infrastructure provision, leading to a number of negative consequences. One of the impacts has been the increasingly regular flooding events that have affected the city. As a result, and with the support of the World Bank, Oyo State Government commissioned three separate but related master plans – the urban master plan (the Ibadan City Master Plan), the drainage master plan, and the solid waste master plan – each of which plays a role in addressing the floods affecting the city.

The approach to stakeholder engagement

Following the identification of high-level stakeholders, the stakeholder engagement process was kick-started on the ground by a one-day workshop held in Ibadan, where representatives from all government ministries were invited to discuss the initial findings, issues, opportunities, and potential way forward for the city. During this workshop, attendees were split into smaller groups to discuss a series of topics, with representatives reporting the outcomes. In so doing, it became clear that the ministries had never actually discussed their mutual concerns and issues – there was a real lack in communication. This brought into focus one of the key issues dictating the implementation of the master plan to review the local, institutional, and legal arrangements in an effort to ensure the master plan’s implementation.

Based on the results of the workshop, meetings were conducted with every ministry, which reinforced Dar’s role as the Consultant of the project. The individual meetings allowed ministry staff to raise their concerns directly, the most recurrent of which was a significant lack of the data typically required to formulate a spatial development strategy. This meant that much of the baseline material would have to be developed by Dar, including any mapping, topography, and accurate, up-to-date local statistics.

Upon submitting the Ibadan Diagnostics report, Dar held a series of meetings with and made presentations to the representatives of Ibadan’s 11 Local Governments and 11 Community Development Associations. Meeting these global and international representatives paved the way for an understanding of the issues and opportunities facing Ibadan from the local, political perspective.
These meetings were coupled with ‘open house’ events, which were set up as informal settings to provide project information and obtain feedback from stakeholders. At these events, project progress information was displayed on boards and summary progress leaflets (or newsletters) were handed out in both English and the local language, Yoruba.
Everyone was welcome to attend and those present were encouraged to provide feedback either by using the available comment forms or by speaking to the Dar staff present. Despite local circumstances, there was certainly an air of positive energy in the room and hope for the future of the city.
Community members were offered different ways of self-expression to encourage maximum feedback. This included a creative art session that gave attendees the opportunity to share their perceptions on the master plan. It was also a way of involving everyone in the master plan itself as the session generated a lot of beautiful artwork ‑ such as painted pebbles and paintings of hands ‑ that was then used to illustrate the master plan reports.

The insight gained was invaluable in preparing a master plan that was conscious and inclusive of both community needs and design standards.

Presentations provided an effective way to disseminate information and to obtain feedback from stakeholders at every phase of the master plan’s development. The presentations were structured to provide stakeholders with a status update on the development of the master plan, to present key findings as it progressed, and to allow stakeholders to ask questions and make comments. It was interesting to contrast the comments made by those with the most pressing local concerns (such as the need for more public toilets) and the more theoretical approaches to master plan development (prompting questions about its concentric or multi‑polar nature, for example) as raised by local academics. The insight gained was invaluable in preparing a master plan that was conscious and inclusive of both community needs and design standards.

A temporary exhibit was set up in a local shopping center (Cocoa Mall) as a means of engaging with a wider public. Project information leaflets were distributed and opinions and comments on the project from passers‑by, in particular form students, were noted.
A one-day mobile exhibit was also set up once the final master plan had been submitted. This was a great opportunity to advertise the master plan’s progress and a tool for wider public sensitisation. An audio script in Yoruba describing the Ibadan City Master Plan project was played on a public announcement system and driven through the main areas of the city in order to inform people about the project and to distribute leaflets.
Branded merchandise (t-shirts, caps, and pens) was also designed especially for this mobile exhibit, to be were worn by the client and consultant team in order to be better‑spotted by the community.

In an effort to keep the conversation going, the Ibadan City Master Plan website (www.ibadan-masterplan.com) and Twitter account (twitter.com/IbadanMplan) were set up, providing project information and updates as well as obtaining feedback from members of the public. These resources continue to be active today, and readers are encouraged to visit them!

The involvement of stakeholders in the development of the Ibadan City Master Plan has been invaluable in drawing the path forward for the city’s future. From the very early stages of the master plan’s inception, stakeholders contributed their time and local knowledge to provide an understanding of the baseline conditions of Ibadan. This understanding has been vital in its development, with stakeholder feedback providing a key part.
The stakeholder engagement process for the development of the project was designed to be inclusive, continuous, and – most importantly – to reach all levels of society. Stakeholder engagement is thus paramount in any context. Nigeria taught us some valuable lessons on how to present our work, how to engage with different levels of society, how to listen, and how to accept useful and valuable feedback. The final master plan is all the better for it, especially as participants have been able to see how their contributions have affected the documents.
Continuity in engagement is clearly of major concern in Nigeria. The fact that every time an event was held, locals attended, participated, and offered genuinely helpful comments, was an emblem of the active interest in improving the city and standard of life. The success of the process cannot be discussed without mentioning the work undertaken by our local team in Dar Lagos, and the small Dar office in Ibadan, which was set up with a team dedicated to working solely on the master plan and ensuring the almost daily liaison with the client team in Ibadan.
We firmly believe that the stakeholder engagement program in Ibadan enriched the whole planning process and was a major contributor to the success of the master plan. 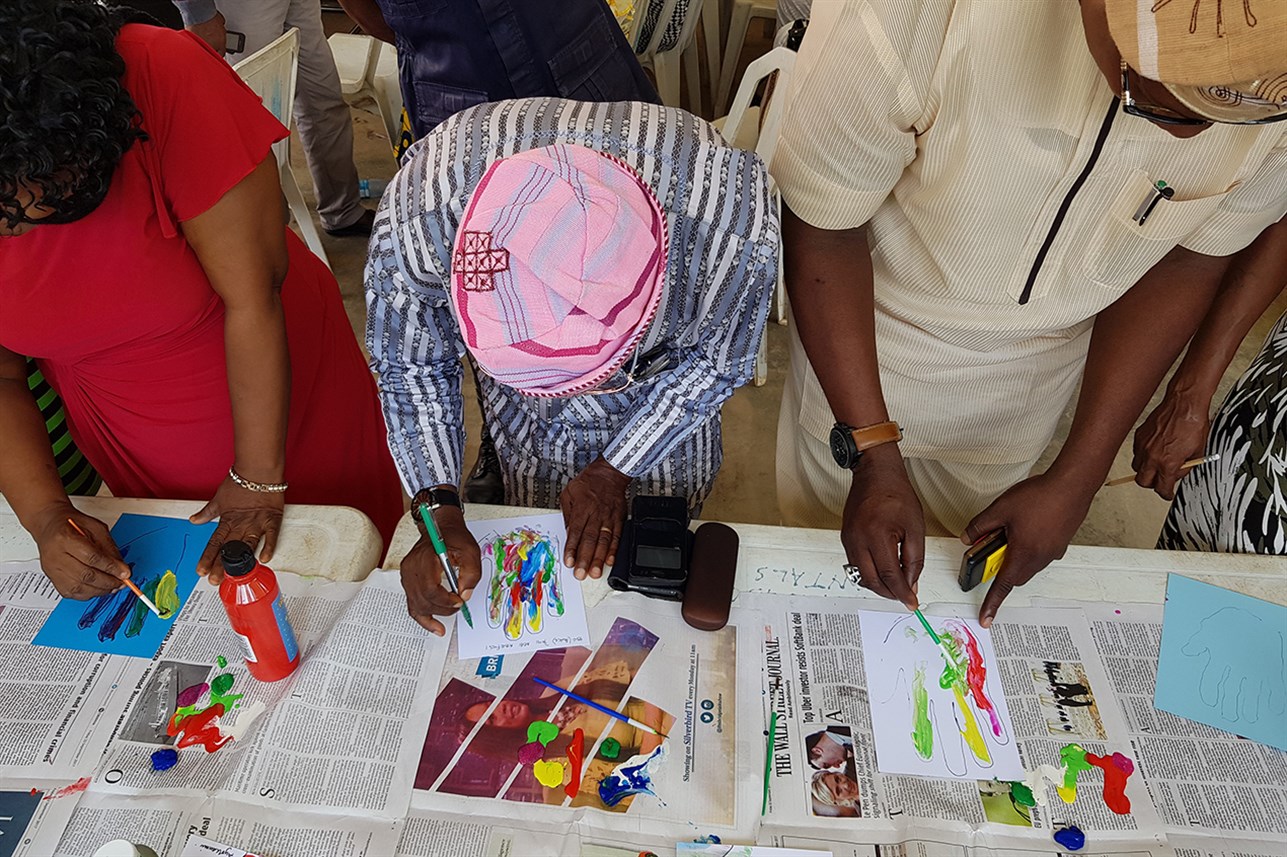 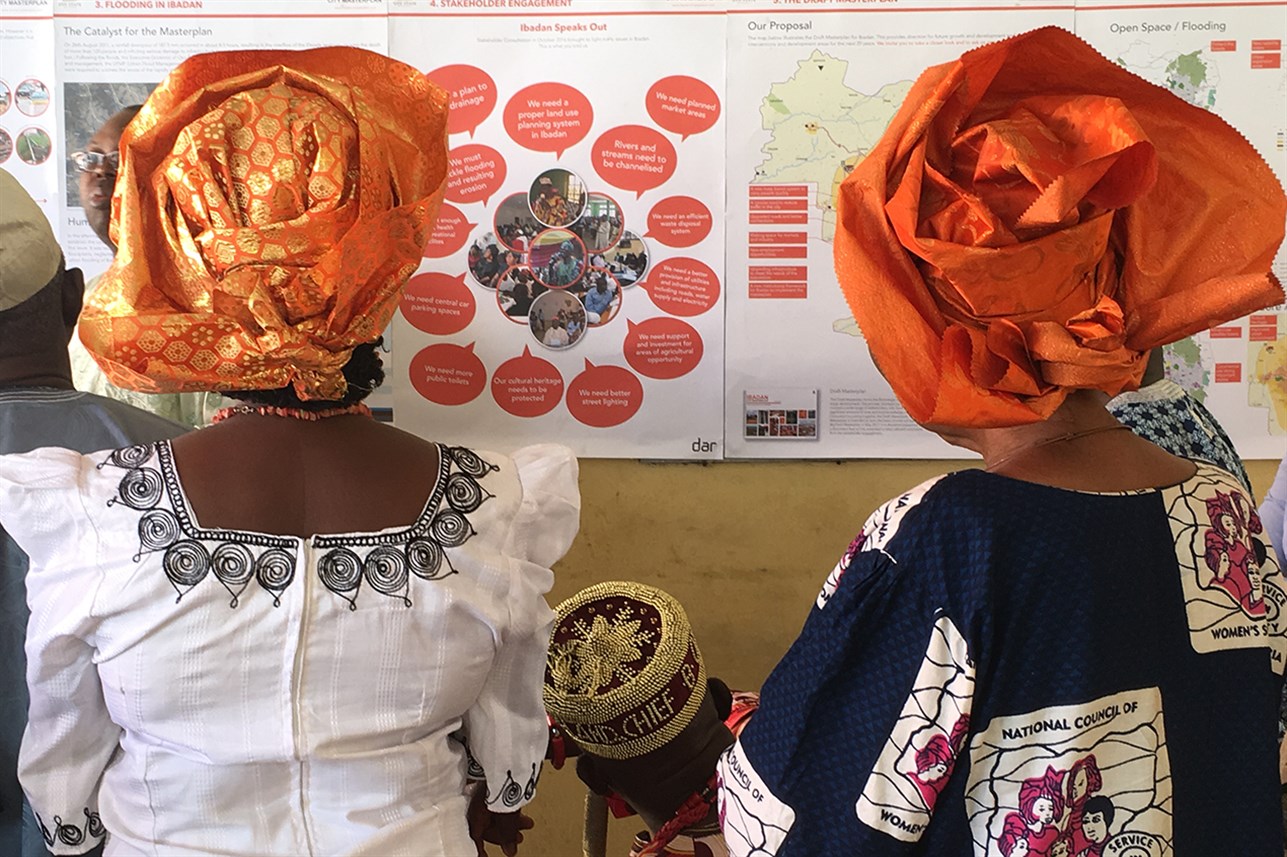 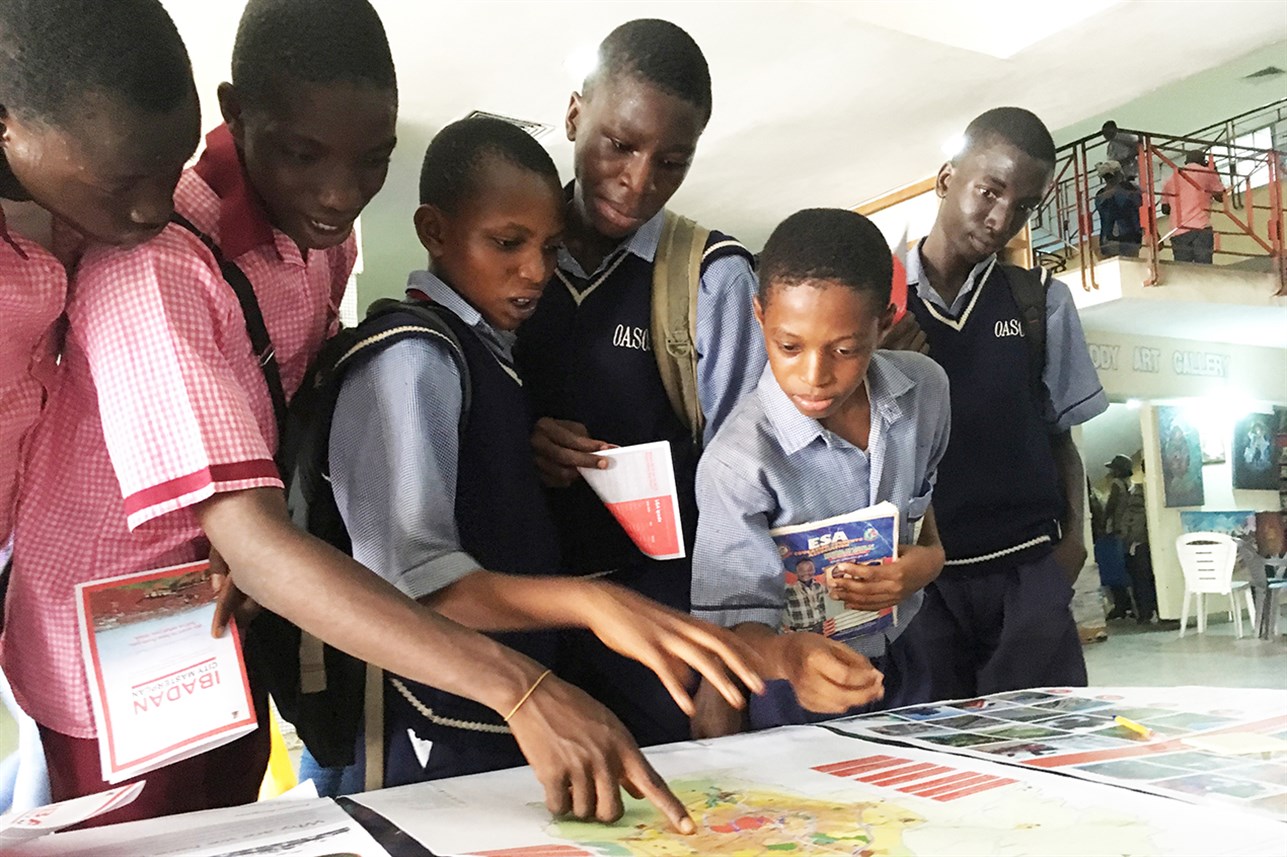 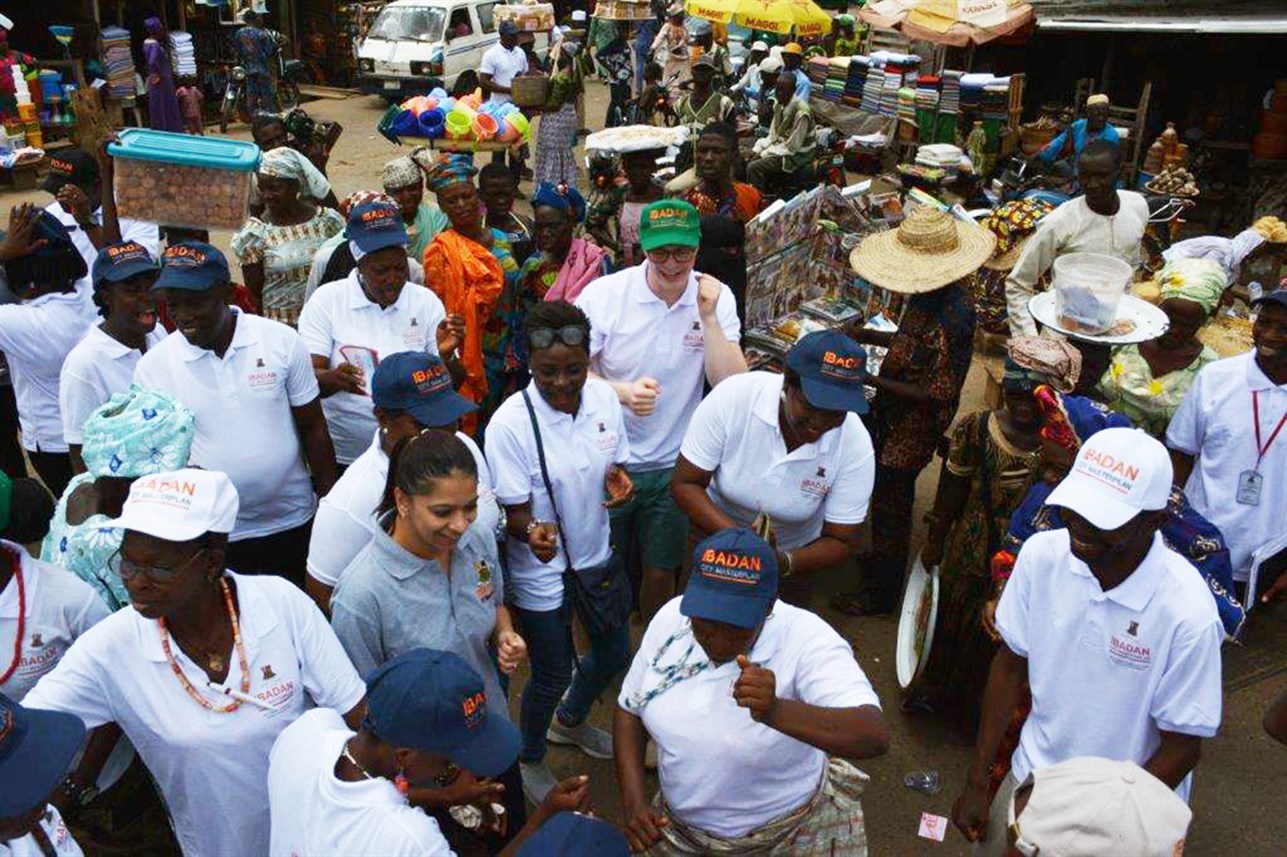 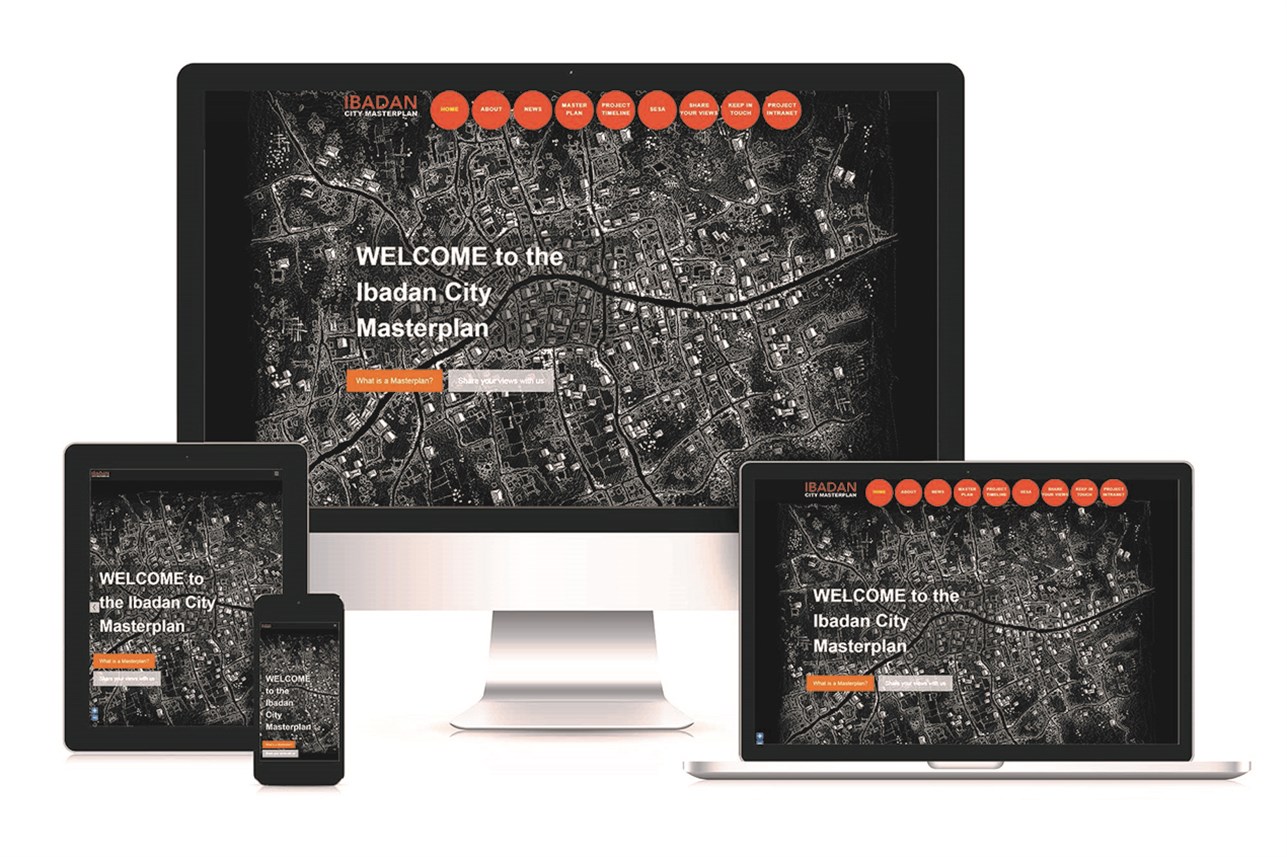