The Sheikh Jaber Al-Ahmad Al-Sabah Causeway (SJSC) is a mega bridge project that spans the Bay of Kuwait in two directions and comprises two projects: Main Link, which connects Kuwait City with the future Madinat al-Hareer (Silk City) in Subiyah; and Doha Link, which connects Kuwait City with Doha and the Kuwait Entertainment City. The project forms part of the Kuwait National Development Plan 2035 and has been under construction since 2013 (Main Link) and 2014 (Doha Link), and is planned for completion by the end of 2018. The bridge is named after the 13th Emir of Kuwait to commemorate his contribution to the development of Kuwait.

The Ministry of Public Works (MPW) spearheaded the project, led its concept, and launched it into construction with lots of enthusiasm and constant attention to its progress throughout the construction phase. Recently, Kuwait enacted the new Public Authority for Roads and Transportation (PART) which is now in charge of the causeway project, among other projects in Kuwait.

The design aspects and risks

Once the concept design was completed, the Main Link and the Doha Link were awarded as Design-Build Contracts. A consortium of South Korea’s Hyundai Engineering & Construction with the local Combined Group Contracting Company (CGCC) is the Contractor for the Main Link; and GS Engineering & Construction – also a South Korean contractor – is the Contractor for the Doha Link.

Dar Al-Handasah (Shair & Partners), Dar, in association with T.Y. Lin International (TYLI) and the local consultant SSH, is the Engineer’s Representative on both projects, and the same firms have been in charge of the Design Review and Construction Supervision. TYLI led the review of the structural design of the bridges and Dar led the review of the other aspects of the project including transportation, GIS, environmental, geotechnical, and marine works. Ross & Baruzzini was in charge of reviewing the design of the SCADA system, Traffic Management System (TMS), and other advanced traffic and control systems. SSH led the review of the buildings, infrastructure work, and electro‑mechanical systems.

The Design-Build contractors were required to hire international design firms specialised in major bridges, and Independent Checking Engineers (ICE) to review the design and endorse it before submitting it to the Dar team for review, approval, and for proceeding with construction.

Originally, the causeway project was conceived as one project (Main Link and Doha Link), but, in order to expedite the completion of the works, the project was tendered in two contracts: Main Link (36.14 km) and Doha link (12.4 km). The causeway project witnessed the participation and collaboration of major engineering, design, and contracting firms from around the world, including the USA, France, Hong Kong, South Korea, Germany, Italy, and Austria – of course in addition to the Dar offices in Beirut and Cairo. Major companies such as Hyundai Engineering and Construction, G.S. Engineering & Construction, Systra, AECOM, Tony Gee & Partners, Trevi, and Fugro, as well as suppliers like Hyundai Steel, Jenoptik, Swarco, and Solari also played major parts.

The bridge’s structural design is based on designs from the American Association of State Highways and Transportation Officials (AASHTO), Load Resistance Factored Design (LRFD), Bridge Design Specifications, 4th Edition (2007), and is supplemented by the project design criteria, Kuwait’s MPW’s Manual for Roads and Bridges, 1st Edition (March 2004), and the Eurocodes (the European Standards EN1991-1-4:2005).

The prominent feature of the Main Link is the iconic pylon for the cable‑stayed bridge that is inspired by the conventional sailboat – a traditional and historic theme of Kuwait’s. The pylon stands at approximately 151 m, which is about the same height as that of the prominent Kuwait Towers.

An essential aspect of the bridge, which was tackled at the commencement of the work, was the environmental risks involved, what with the bridge passing through existing natural habitats. From the outset of construction, there was a strong effort to minimise any interference or damage to the flora/fauna and the sea environment as a whole, whether temporarily during construction or permanently. Green Tiger Shrimps that are famous residents of the Kuwait Bay were protected with the establishment of new vegetation habitats where artificial reefs were installed away from the bridge construction zones. This effort was very successful as the involved parties were able to see the new shrimp habitats taking place away from the bridge location, and shrimps were reproduced in abundant capacities.

At the commencement of the works, kick-off meetings launched the project into construction. Workshops and meetings, which were attended by all the stakeholders involved in the project, were held periodically. Rules of engagement and global requirements of the design and site management were discussed and agreed upon. From the onset, it was clear that in order to complete the design phase for such a large project (involving preparation of a myriad design reports, calculations, thousands of drawings, carrying out independent design checks, reviews and comments by the consultant’s review teams, etc.) in the first year, close collaboration and cooperation from all involved would be required.

Design queries and issues nevertheless came up, but were resolved via meetings, e-mails, telephone, conferences, video calls, and several visits by the contractor’s designers for face-to-face meetings with Dar and TYLI reviewers at their offices. Further workshops were held in Kuwait for the designers to clear out all remaining major design issues.

When working on projects, it is rare to have a healthy mix of positive and complementary characteristics that unidirectionally align all parties for a “win-win” result. This is one such project in which the client, the consultant, and the contractor have mutual respect for one another’s roles and duties, maintaining a very transparent relationship, amicably and professionally discussing all issues, and collectively resolving technical and contractual matters.

Completion and start of service

Currently, both projects are progressing in line with the planned completion dates – the end of 2018 – despite all the challenges and difficulties that came up and were solved along the way. Although the Main Link has provisions for a tolling facility in Subiyah (unlike the Doha Link which lacks any), at this time, PART has initiated a tolling facility study for both projects; it is proceeding with the necessary steps to procure an Operation & Maintenance (O&M) contractor to operate and maintain the whole project when put in service. Essential steps have also been taken to ensure sufficient overlap between the construction and operation phases for proper takeover after completion, as well as timely start of service along with operation and maintenance.

The next three aticles, we introduce the technical aspects, advanced systems, and communications channels for the Main and Doha Links. 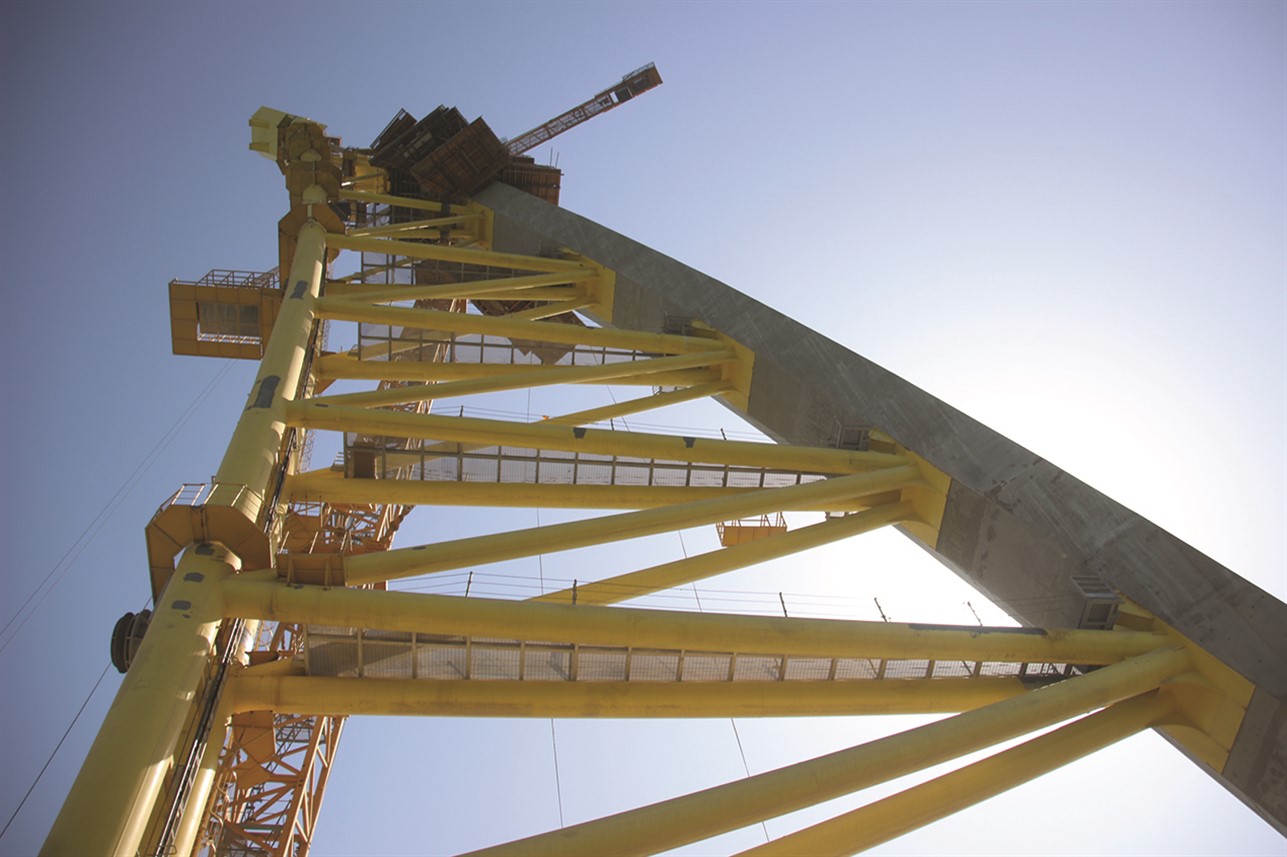 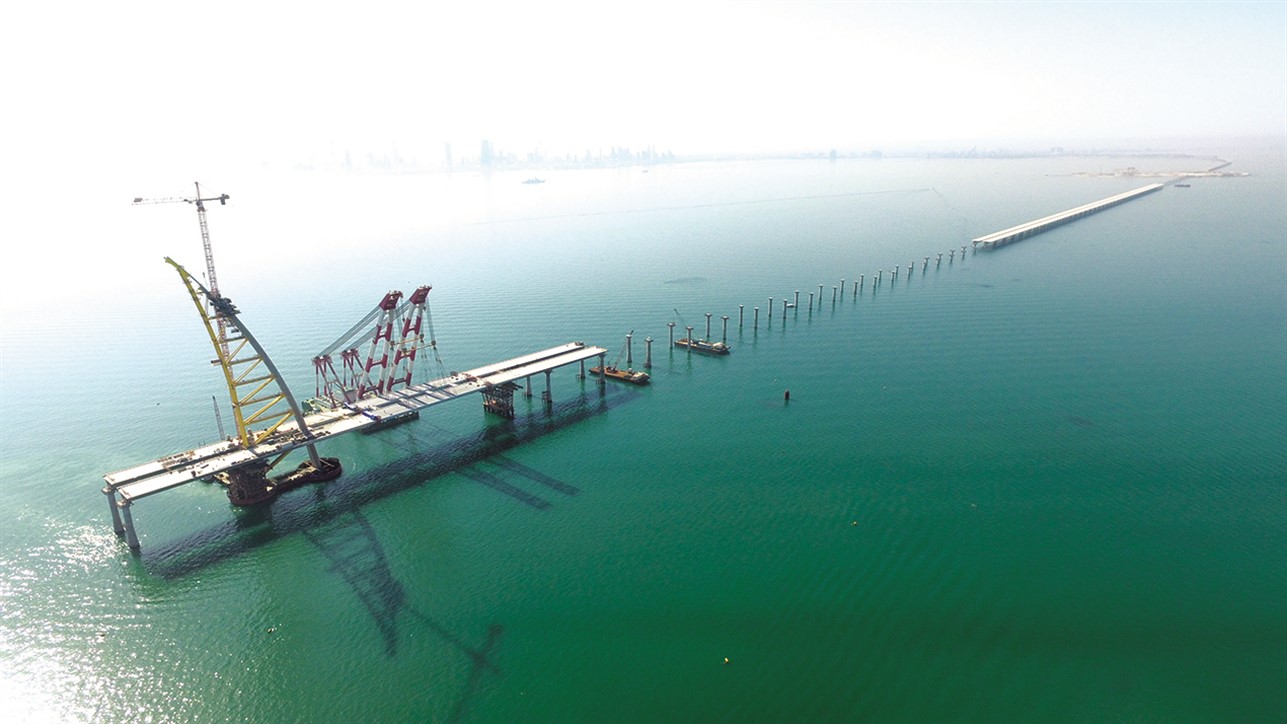 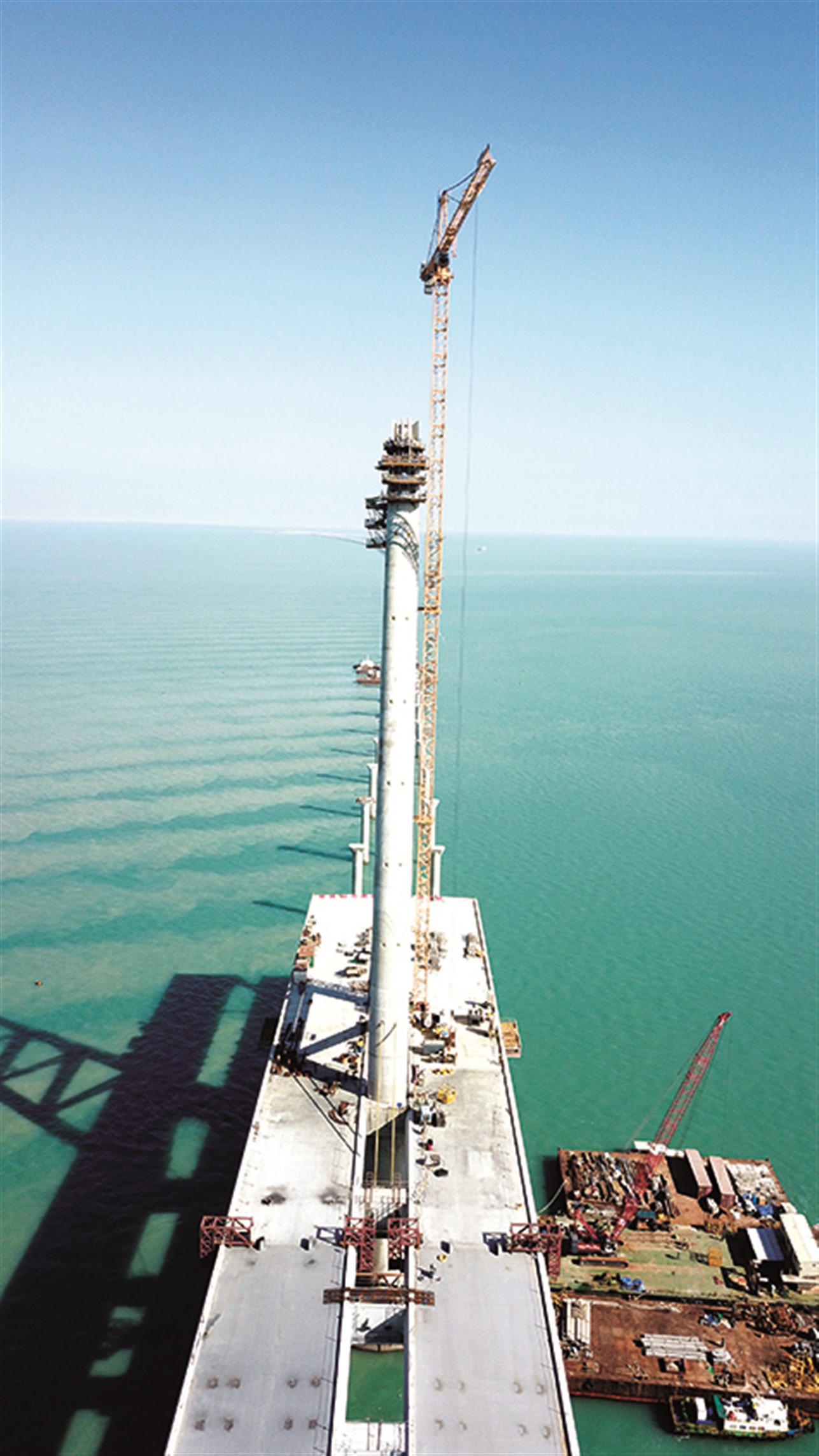 DarMagazine spotlights the Kuwait Causeway project in its newest issue 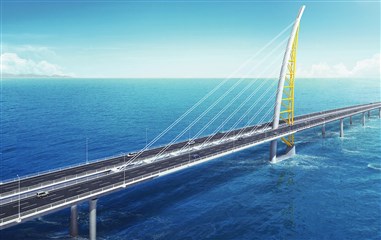